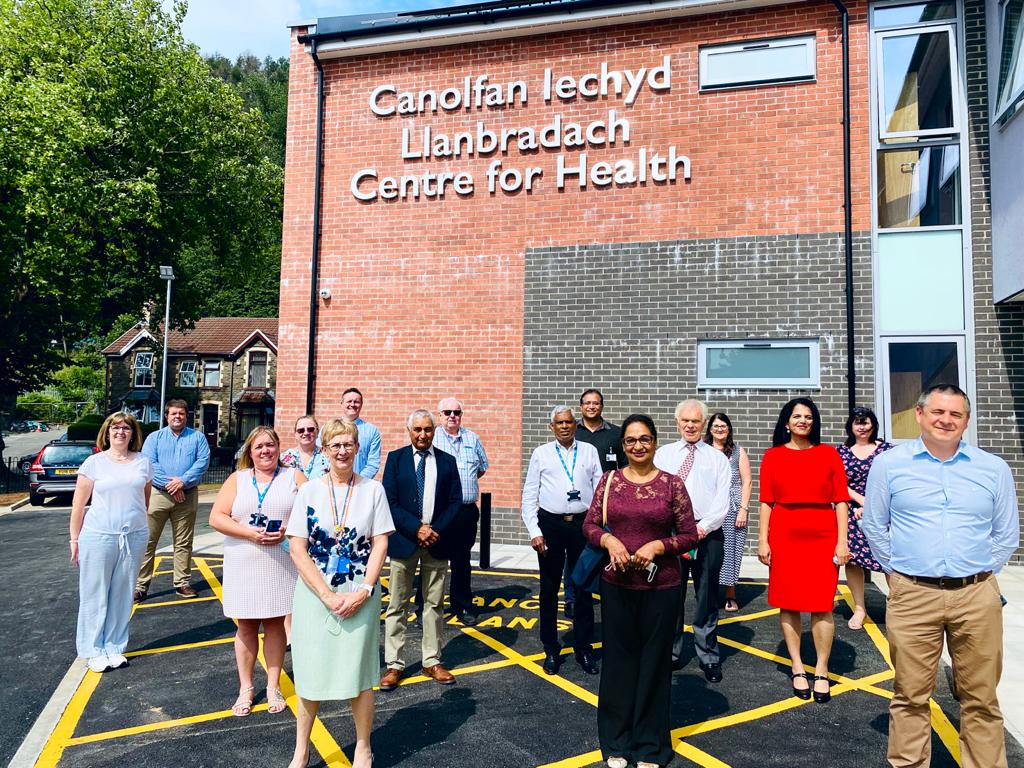 A long-awaited health centre in Llanbradach will open its doors to patients for the first time on Monday (August 2nd).

It marks the end of a more than 20-year campaign by Plaid Cymru ward councillors, the Llanbradach Partnership and the community generally.

A low-key ‘unofficial’ event was held on July 23rd to mark the completion of the new Llanbradach Centre for Health.  It was attended by Judith Paget, Chief Executive of Aneurin Bevan University Health Board (ABUHB), other health board representatives, GP practices, the developers, together with Llanbradach ward councillors Colin Mann and Rob Gough and Carol Hopkins of the Llanbradach Partnership

“The completion of the building marks a long and often tortuous process going back to the turn of the century over 20 years ago”, said Councillor Colin Mann.  “There were times when we wondered if we would see a successful completion.  We are extremely grateful for the support we have received throughout the process from Judith Paget, Chief Executive of ABUHB.  Judith has been instrumental in getting this project completed.

“Apollo, together with Jehu, has built a top-class facility.  The centre will provide state of the art services, including the facility for minor operations and the opportunity to train medical students in the village.  It is a different world from the sub-standard premises that the doctors and staff have been working in up to now.” 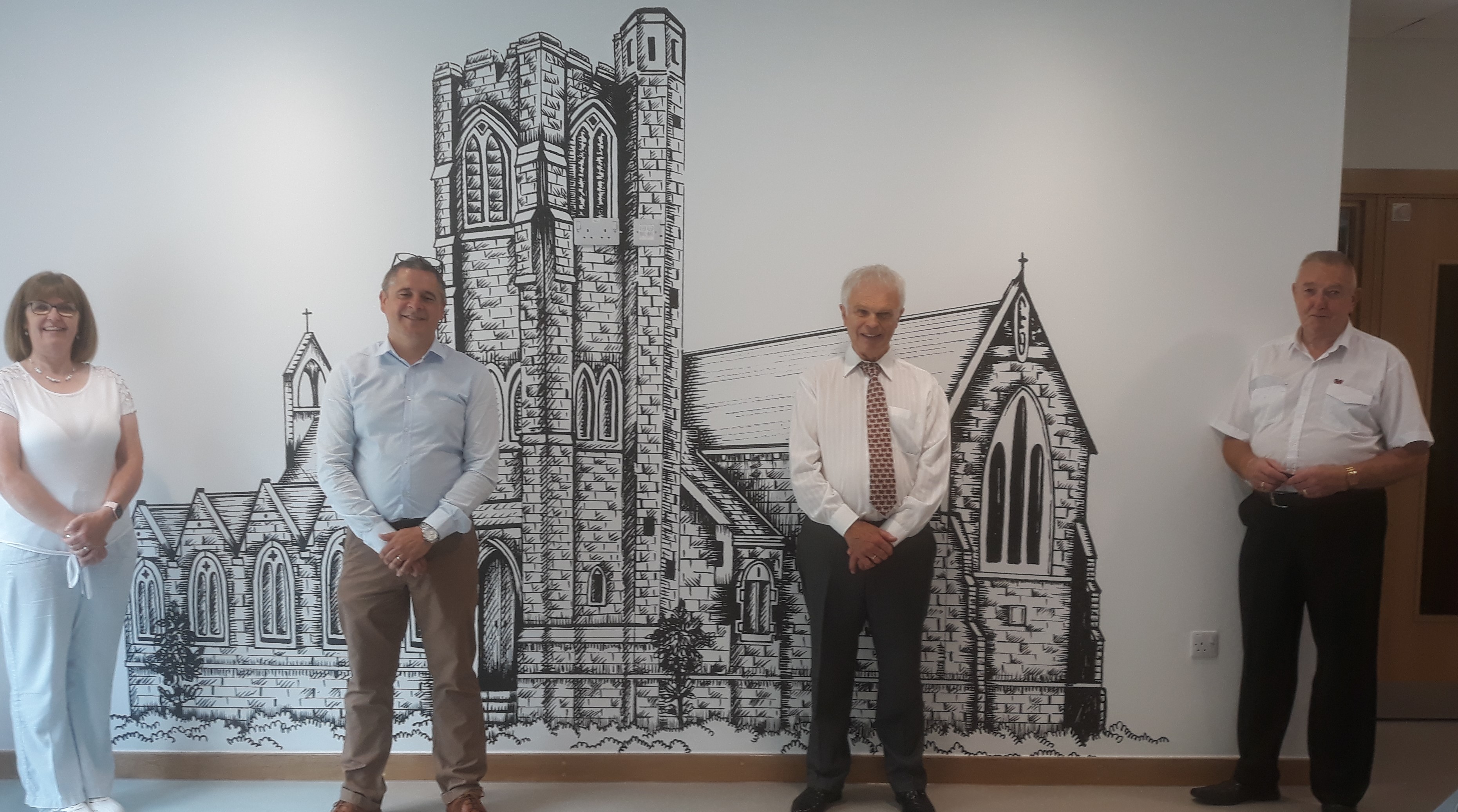 Fellow Plaid Cymru ward councillor Rob Gough  added: “It was a wonderful surprise to see two large-scale freehand drawings of the All Saints’ church which formerly stood on the site”.  The drawings were done by Emily, daughter of Rob James, from Apollo.  They provide a significant link to the history of the site.”

In the church picture, left to right is Carol Hopkins, chair of Llanbradach Partnership, Rob James of Apollo and Councillors  Colin Mann and Rob Gough.