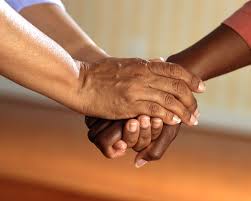 The Health Minister’s claim that no deaths resulted from his decision to allow over 1,000 asymptomatic residents to re-enter care homes from hospital untested defies logic, according to Plaid Cymru’s Delyth Jewell MS.

Ms Jewell has spoken to care home managers who have suffered a substantial number of deaths and who insist the infection was brought into the home through this route.

Mr Gething also continued to refuse to explain the reasoning behind the policy even though 654 people have died in care homes of Covid-19, with the excess deaths rate for this part of the year being 86% higher than last year.

He hinted during today’s press conference that the Welsh Government’s priority was to keep hospitals from reaching overcapacity, which suggests residents were sent to care homes untested simply to free up beds.

“The Health Minister’s claim that sending over 1,000 asymptomatic residents to care homes from hospital without a test for Covid-19 led to no excess deaths defies logic.

“I have personally spoken to care home managers who insist the virus was brought into their homes through this route, and that a significant number of deaths followed.

“The data also clearly supports this assertion, given that the majority of Covid-19 deaths in Wales happened in care homes, 654 up until June 5, and that excess deaths are 86% higher than last year.

“Both the Health Minister and First Minister have repeatedly refused to explain the reasoning behind refusing to allow tests for residents who did not show symptoms up until the end of April, given that they claim that testing capacity played no part in the decision and that we always knew that asymptomatic carriers test positive.

“The Health Minister’s suggestion that his priority at the time was to prevent hospitals reaching overcapacity suggests to me that a deliberate decision was taken to send residents back to care homes untested ,regardless of the consequences, simply in order to free up beds.

“If this is the case then that decision is completely indefensible, given that hospitals never reached capacity, there were empty field hospitals all over Wales and that a great many people died as a result of the infection being brought into care homes in this way.

“The Welsh Government must immediately publish the advice they claim supported their decision, including whether the advice was predicated on a direction by themselves that hospital capacity was to be prioritised over preventing infection in care homes.”