Hope for Help For Carers And Vulnerable Blocked 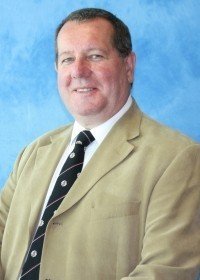 Hope of assistance to beleaguered families, carers and vulnerable people was dashed again at a meeting of the social services scrutiny committee this week.

A motion to halt changes to social services provision put forward by Plaid Cymru was voted down by Labour councillors.

The protracted issue has seen the withdrawal and severe cuts in support to the families and carers of disabled (vulnerable??) family members who require social services support and, particularly, day centre provisions.

Plaid Cymru councillors had tried to make it a non-political issue to focus on the end-users of the service and those vulnerable people.

The motion proposed by Councillor Colin Mann, leader of the Plaid Cymru group, asked for an “extensive review, due to the significant public concerns about changes to the council’s daycare services.

"We are concerned that the existing consultation exercise has not gone out to all carers and those vulnerable individuals they care for. The consultation seems to be a mere window-dressing exercise. There should be a moratorium of at least 12 months with a final decision on any changes being considered by the full council,” added the motion.

I stated that people involved must see the big picture and view the impacts on all concerned. I've also identified several examples where vulnerable disabled people have had support cut by 60%-80% and in other cases completely.

Carers whose commitment is 24/7 x 365 days per year need to be given hope of some respite. There seems little hope at present. It has been stated by carers and family members that the impact has been devastating. It’s detrimental to the mental and physical health of the vulnerable person, created relationship issues at home, strife between family members and had an impact on employment or training and education provision, at increased cost to families. Sometimes sustained home care of 162 hours per week every week has become the norm for some vulnerable individuals. There seems little hope at present.

Some families have even had to admit they may no longer be able to care for loved ones if support is not forthcoming.

Plaid councillors and carers fully understand that the Covid-19 restrictions created difficulties and had to be observed. Yet, the proposals for changes offered seem odd in that vulnerable people may go to a library, sports centre, café or other public places but can’t be supported in the controlled environment of a purpose-built and equipped day centre, with trained, skilled and dedicated staff.

Given the protracted nature of this disruption the citing of Welsh Government guidance, Covid restrictions, staff absences and refurbishment of day centres all seem to wear thin. Changes to social services care provision are being pushed through and fully supported by the controlling Labour group, whatever disruption and impacts it creates!

There has been time to look at alternative support over a protracted period and a requirement to consult in a partnership to see what support was achievable and could be offered. The budgets are there seems, the will is not.

It is not the time to seek to alter under pressure staff terms and conditions.

They are a key element in care plans and relationships with carers, families and  vulnerable individuals. Management has to step up at a critical time.

The so-called listening council is turning a deaf ear. They should listen now to some of the most vulnerable people in our society.