More Than 100 Protest Over Loss of "Bluebell Wood" 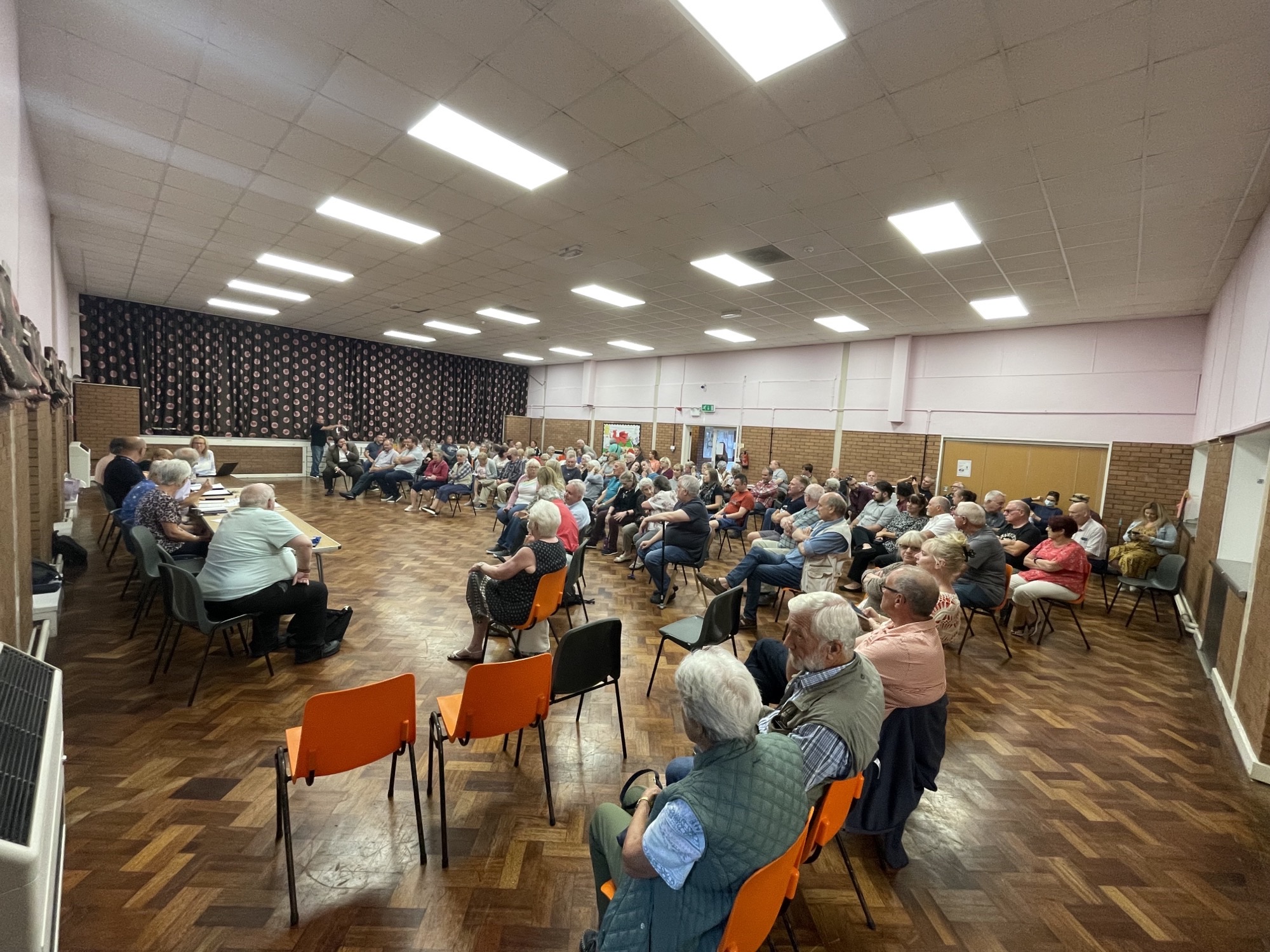 More than 100 people attended a public meeting in Llanbradach last night to protest against the destruction of a large area of bluebells on the outskirts of Llanbradach.

The land was recently sold and the new owners have randomly excavated on the site of the native flowers without even applying for planning permission.  Caerffili CBC has now issued a Stop Notice on the work.

Cllr Colin Mann, who chaired the meeting, said, “The work has now been stopped but a huge amount of damage has been done.  The fear is that this land may never regenerate to its original condition even if attempts were made to do so.

Cllr Mann added, “A representative of the contractors who has done the work addressed the meeting and answered many questions. People acknowledged the fact that he had attended but, it is fair to say, were not happy with many of the answers.  It was pointed out several times that, amongst other issues, there seemed to be a great lack of due diligence in the process.

“The council has now issued a Stop Notice and told the developer to apply for permission but huge damage has been done.  We contacted National Resources Wales (NRW) to get involved but they are very reluctant to do so.  I was told that an owner can dig up wildflowers but is only liable to prosecution if they attempt to sell them, although this view has been questioned.  If I or any member of the public even picked the flowers, we could be liable to prosecution. The well-known comment comes to mind that ‘The law is an ass’."

Llanbradach councillor Beci Newton, one of hundreds who are distraught about this development, made an impassioned speech.  She said to the meeting “My children are the fifth generation of my family who have enjoyed the bluebells for many many years.  This is vandalism!.  I taught my son, when he was three, that it was wrong to pick the bluebells.  Now this happens. It is totally wrong."

Further action is planned, including a march to the site, to highlight something that so many people feel should never have happened.