NRW Slammed After It Allows Waste Increase Without Consultation 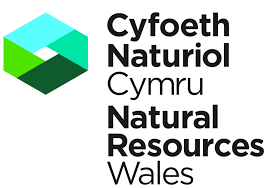 Local Plaid Cymru councillors have condemned Natural Resources Wales over their decision to allow increased waste to be dumped at a site in Llanbradach without any consultation.

The row centres on an NRW decision to permit Caerphilly Skip Hire to more than the triple the amount of waste it can handle at its site in the village from 22,500 tonnes to 74,999 tonnes a year.

There have been concerns among local people over the firm’s operations and one of their lorries crashed into and wrecked the footbridge over the main Rhymney Valley Line last year.

Ward councillor Rob Gough said: “I am amazed and stunned that the NRW can allow an increase in capacity of waste treated at this site without assessing the impact of that decision could have on the local environment and infrastructure.

“This rise in capacity without a doubt will cause a large increase in vehicle movements on an already congested and dangerous section of road never designed or constructed to take the current level of traffic, nevermind any increase. This cannot continue. People’s lives are being blighted and I’m also very concerned about people’s safety being impacted.”

Fellow ward member Councillor Colin Mann said: “I find it absolutely appalling that a public body can apparently ignore all the local issues and just approve this vast increase without any consultation with Caerphilly County Borough Council. What cavalier way for a Government body to behave.

“The NRW seems totally oblivious to their duty to protect the public.  I feel that the way they are working falls way below the standards that are acceptable. In Caerphilly County, we already have the pathetic way they have handled the Bryn Quarry issue and the Eglwysilan Common dumping that has been ongoing for years. They are supposed to be the guardians of the environment in Wales, but are failing in their duties.”

Delyth Jewell, MS, Plaid Cymru Candidate for Caerphilly at next May’s Senedd elections, said: "Surely it's the duty of NRW to investigate issues of this nature, not only to protect the environment but also to protect the public.  I'm dismayed at the lack of transparency that's emerging here, and would urge NRW to talk urgently to local councillors in order to assure us all that local voices will be listened to and their concerns addressed."

The NRW has told Caerphilly Council officials that under the Environmental Permitting (England and Wales) Regulations 2016, it was not legally required to consult on variations to waste permits.