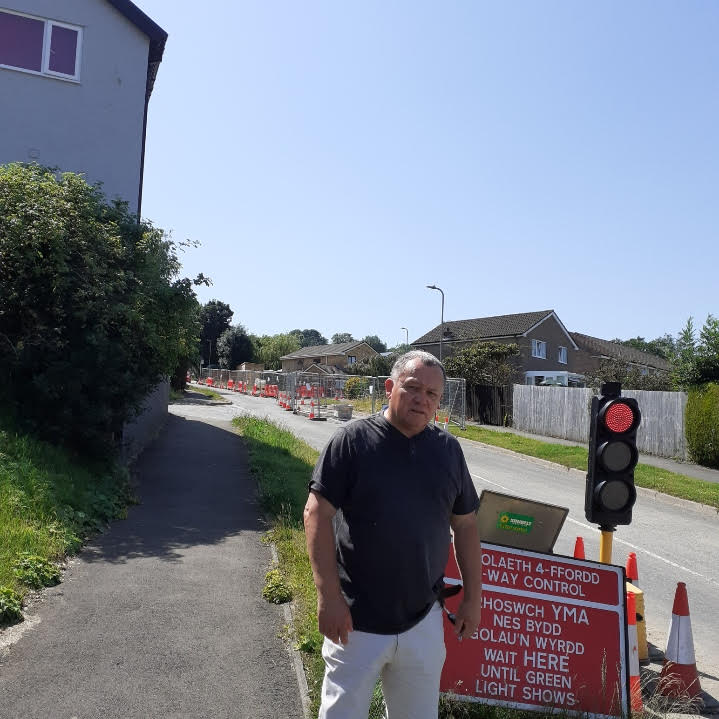 Lindsay Whittle, a former leader of Caerphilly Council, said: “Residents have had to put up with four-way traffic lights on Hendredenny Drive since February which has led to incredible delays and inconvenience. It really is The Nightmare on Hendredenny Drive.

“The developer, Redrow has still been unable to connect the drains and sewers for this development. Even with diamond drill bits they’ve failed to get through the solid rock. I would have thought they would have checked the rock formation before decided to develop this site.

“They have this problem connecting sewage and water facilities at the top of Hendredenny Drive where there is a street of only five homes. What happens when they get down to Chester Court, where there are 30 homes?

“Redrow has gone over the time allowed, after getting an extension of six weeks, for this work and I’ve been told by the council in an email that they are incurring a penalty of £250 A DAY. This work may take another six weeks, which means another six weeks of hell on earth for local people,” said Councillor Lindsay Whittle.

“This development of around 260 homes, which started last year, may take between five and seven years to complete and the impact it is having on residents is just not fair,” added Councillor Lindsay Whittle, who with other Plaid ward councillors, fought against the scheme for many years. It was eventually given the go-ahead by a Labour Welsh Government Minister against the opposition of local planners, councillors and residents.