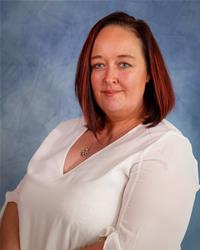 Charlotte Bishop has enjoyed a meteoric rise to the top, becoming deputy leader of the Plaid Cymru group on Caerphilly County Borough Council just a year after first being elected.

Charlotte is just one of four women on the 18-strong group, something she wants to change by the time elections to the borough council are held in five years’ time.

Charlotte said: “It was quite a shock to be nominated as deputy leader and then being voted in unanimously. It has been a bit of a whirlwind.  I thank my fellow Plaid councillors for showing confidence in me.

“One of the issues I believe needs addressing is ensuring an equal balance of women and men, not just in the Plaid Cymru group, but the council as a whole, along with ensuring there are people from under-representative groups.

“We do need to make it as easy as possible for more women, younger people and those from minority ethnic communities to stand.

“I’m also passionate about protecting our environment and my background is in education and social care, so I want to see what can be done in those areas.”

Charlotte said that she was disappointed that the party had failed to build on its 18 seats but the kickboxing enthusiast hopes she can deal a blow to opponents in future elections. “I’ve been doing kickboxing for around nine years and I still teach the little ones, four-year-olds.”

Charlotte, who lives in Abertridwr, is married to Nathan and they have three children, Rhiannon, 24, Garin and Dylan, both 21.

Charlotte, a Welsh speaker, is secretary of the Friends of Abertridwr Park and runs the firewatch group in Abertridwr, volunteers in a local community cafe and also supports parents and families on how to deal with challenging behaviour, in particular for parents who struggle with behaviours in their children with autism or sensory perception disorder. She is also a member of Aber Valley Community Council and a governor at one of the local schools, Ysgol Ifor Bach.

As well as kickboxing, she is a keen paddleboarding enthusiast, enjoys reading and is a Welsh rugby fan supporting the Newport-based Dragons Rugby team.