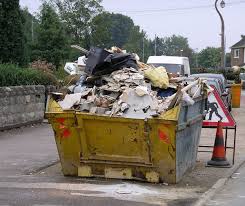 Councillor Colin Mann, leader of the opposition Plaid Cymru group, said:  “It was hugely disappointing to read that recycling rates at Caerphilly County Borough Council had fallen to 61.9%, the second year in a row that the Labour councillors had missed the all-Wales target of 64% and is the second lowest in Wales after Cardiff.

“This is not acceptable, particularly given the drive across the UK to reduce the throwaway society and create a better and more sustainable environment.

“Last year when recycling rates in Caerphilly fell, the Cabinet Member for Waste and Public Protection blamed the fraudulent activity of a processing company. He said that without that Caerphilly would have been among the best performers for recycling.

Well, we’re a year on and the recycling rate has fallen again. What’s the excuse now? Clearly, a much higher priority needs to be given to recycling by the Labour-run authority if we are to climb up the Wales league table.

“Back in 2011, the former Plaid Cymru administration achieved a 57% recycling rate, So, in a decade the rate has increased by under five percent. That is a significant failure and the council has to do a lot better,” added Councillor Colin Mann.
Do you like this post?
Tweet