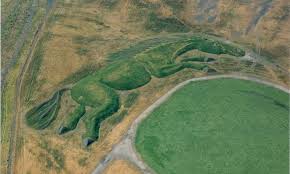 Plaid Cymru has declared its support for the ending of parking charges in country parks in Caerphilly County after years of campaigning.

Councillor Colin Mann, leader of the Plaid Cymru group, said: “We opposed the charging scheme seven years ago before it was introduced and we’ve objected ever since.

“One of the points highlighted by the Task and Finish Group was that parking charges should be removed to recognise the significant health benefits to residents. That is exactly what we argued – that the charging regime was putting people off exercising when they are being urged to keep fit.

“Plaid Cymru questioned the revenue income of £85,000 forecast in the report to Cabinet in July 2014. That was wildly optimistic because that target was never met. It was a failure and the Cabinet was told that removing charges would, in fact, cost an estimated £50,000.”

More than 2,000 residents had signed a petition against the charges when they were first announced in April 2014 - but the council pressed ahead with the scheme despite strong public concerns.