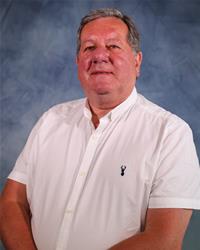 Plaid Cymru councillor Steve Skivens has called for the public to be listened to when the next Local Development Plan (LDP) for Caerphilly is fully developed.

The Penyrhol councillor declared“Caerphilly Council must not repeat the mistakes of the last LDP. This means hearing people’s voices.

“We must protect our greenfields, our open amenity spaces, our environment in its recovery and sustainability. We must use our empty properties and revitalise towns rather than knocking down and building new.

“However, the environment and way of life is yet again threatened by a new spectre of house building and concrete spread. in a climate emergency and concreting our land over is not the way forward.”

Councillor Steve Skivens, a former South Wales Assistant Chief Fire Officer, said that he’d lived in Caerphilly most of his life and had seen it change from a heavily industrialised area to a greener place.

“Often such development is disproportionate to local needs and is out of sync with failing or inadequate infrastructure. Altering the quality of life for many residents. Often it is those very residents whose voices are not heard or by-passed via planning processes. Building frustration and leaving them with the impacts often for years to come. People then lose faith with the democratic process itself.”

The over-exuberant Local Development Plan, (LDP) was withdrawn due to its disproportionate objectives. Yet we see the current Labour council plough on with widespread house building. Some 50% of their original target has been built. greenfields disappearing or under threat, areas developed which were not even designated on the LDP. Huge amounts of Carbon Dioxide, (CO2) generated.

“What is the actual need for housing, the recent census shows a reduction in population in our area. Is it affordable housing for people entering the housing ladder, is it reducing the waiting lists for social housing and can we find long-term accommodation for our vulnerable persons placed in temporary or emergency accommodation. The answer appears to be NO.

“Caerphilly has a rich yet understated history; it doesn’t want to merge with Cardiff or Newport or become a domiciliary area for commuters. It wants and needs its own identity,” added Councillor Steve Skivens.