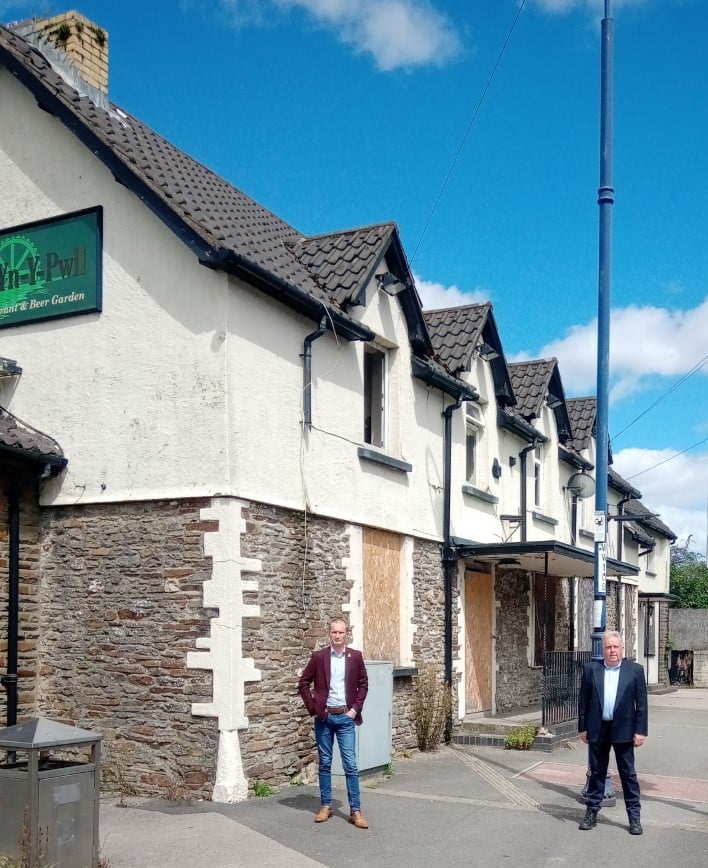 The plans offered by Asbri Planning on behalf of United Welsh Housing is for 25 units aimed at the over 55s in a three storey complex.

Plaid Councillor Daniel Llewellyn and Plaid BTM Candidate Marc Hubbard had campaigned to get the plans rejected and hoped that the building could have been developed for community use.

“There were 31 responses from the local community to the proposals and all but one were against. I was bitterly disappointed that my fellow councillors on the Community Council failed to support my efforts to represent the views of local residents and rejected the opportunity for BTM to speak with one unified voice against this development."

“It's disappointing and very sad but not unexpected. The existing planning regulations supported by the Welsh Government work in favour of developers and not the needs of local communities and act as a straitjacket on local democracy. Now is a time for change and we need to elect people who will work to get these unjust planning laws sorted out so that local people have a real voice in decisions that affect their lives."