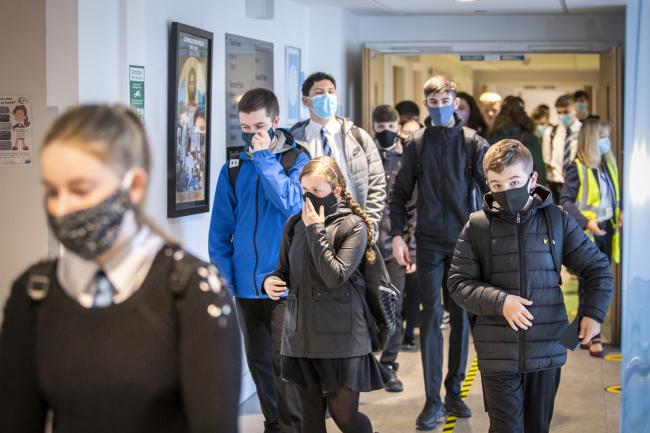 Plaid Cymru’s Shadow Education Minister, Siân Gwenllian, has called for clarity on how the education catch up fund has been spent, as details have emerged that Labour Welsh Government ‘catch-up’ spending plans per pupil are almost half those in England.

In a report published Thursday 18 February, a comparison is made between the spending commitment from the Department for Education in England - about £1.2bn or £174 per pupil – to the £40m or £88 per pupil provided by the Welsh Government. The report is quick to point out that all spending is “relatively modest compared with the scale of the challenge.”

As part of Welsh Government’s ‘recruit, recover and raise standards’ £29m pledge made in July 2020, an additional 900 staff were to be recruited. However, in a Senedd Committee in January 2021, following a challenge from Ms Gwenllian, the Education Minister confirmed that the £29m is “being spent on people's wages predominantly” but with funds “allocated to recruit people.”

Plaid Cymru’s detailed educational recovery plan, includes plans to increase the amount of face to face learning, by committing to “an ambitious National Effort to recruit thousands of extra staff.”

“We’ve heard it said that no child should be left behind, but we’re in a situation where every child in Wales has lost valuable face to face time with their teachers, and we need a robust plan to help recover lost learning.

“While efforts have been made on keeping schools open for a long as possible, the report from Sibieta and Cottell reveals that attendance has been lower in Wales compared to other UK nations, and this is particularly apparent in deprived areas.

“Labour Welsh Government plans are lagging behind when it comes to helping pupils catch up. We know that children from deprived areas are less likely to be able to access online learning, and therefore there is a risk that these children have lost the most learning time – a double disadvantage.

“Focus must be on being able to provide as much face to face learning as possible, targeted at those children who have lost the most learning, and this can only be obtained through a massive recruitment drive. Education recovery isn’t just about catch up in isolation, it must be part of a strategy for education post-Covid.

“The report from Sibieta and Cottell is a sobering reminder of the challenge that lies ahead, but a Plaid Cymru Government is fully prepared and able to take on that challenge.”